I remember, when I attended lectures held by Professor Sir Harry Kroto at the University of Sussex a few years after his discovery of the C60 molecule (Buckminsterfullerene – a new form of carbon), Professor Sir Harry Kroto saying to me “…it is when you have been completely engaged in a thought or problem during day & night for months and your mind momentarily relaxes, the solution or idea suddenly becomes clear.”.

Nobel Prize-winning research carried out by Professor Sir Harry Kroto at the University of Sussex has been named by fellow academics as one of the ten most important discoveries made by their peers at UK universities in the past 60 years.

A poll of UK academics placed Professor Kroto’s 1985 discovery of the microscopic “footballs” known as buckyballs tenth in a list topped by the discovery of DNA, the first computer, stem cell research, the contraceptive pill and the Internet.

The poll was carried out to mark Universities Week, which is to take place from 14-20 June. It placed the discovery of the structure of DNA (unveiled on 28 February 1953) ahead of other key UK university discoveries such as the computer, Dolly the Sheep and the contraceptive pill.

Professor Kroto and his US collaborators Robert Curl and Richard Smalley revealed that carbon can exist as tiny spherical molecules, now known as fullerenes or buckyballs, a discovery that led to Professor Kroto being jointly awarded the Nobel Prize in Chemistry 1996 for the discovery of the C60 molecule (Buckminsterfullerene – a new form of carbon).  The C60 molecule was created from 60 carbon atoms arranged in the same structure as a football.

The discovery of a whole family of carbon-cage molecules soon followed, collectively dubbed fullerenes after their similarity to the geodesic domes designed by the late Richard Buckminster Fuller. Fullerenes include football and rugby ball shapes and tubes of carbon, called nanotubes, which sparked the nanotech revolution.

The molecules are incredibly strong, and vary in shape from the prototype ball to rugby balls and tubes, known as nanotubes, which are about 100 times as strong as steel, but as light as the graphite in ordinary pencils – properties that make for endless practical applications.

Professor Kroto, who was invited to announce the poll results, said: “It surely comes as no surprise that DNA has come out top. It is not only pre-eminently important to understanding almost every fundamental aspect of life itself but it is also so beautiful and at the same time so simple in revealing how genetic characteristics are transmitted.

“Despite the fact that the discovery is over 50 years old, this finding is instrumental in every element of our lives and the basis of our understanding about life on Earth.

“This list demonstrates the outstanding level of achievement of research scientists in UK universities and their impact on our everyday lives. Even in another 60 years I hope that this list will inspire people to appreciate the contribution to human knowledge and well-being of researchers in our universities.  We have some of the world’s best researchers and must continue to value their work if we are to advance our understanding of the world and of what humans are capable.”

Professor Laurence Pearl, Head of the School of Life Sciences at the University of Sussex welcomed the inclusion of Professor Kroto’s work in the top 10 list. He said: “The discoveries cited in the list are pinnacles on the mountains of exciting and innovative research work carried out in universities and research Institutes by thousands of scientists.

“All these major successes came from asking basic questions and it would have been almost impossible to have predicted the significance of the outcomes, when the scientists responsible started to address their particular problem.

“We will only keep this level of achievement, and the economic prosperity it drives, if we continue to take chances and provide the financial support for curiosity driven research in our Universities.” 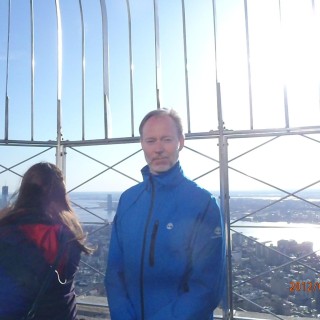